The Avatar is visited by a strange, red-haired woman that gives a book to him and his friend Dr. Spector. The book will eventually be written by Spector himself and explains how to use the Orb of the Moons to travel through time. Following instructions, the duo ends up in the Victorian Era, where Percival Lowell has set up a space cannon that will launch some volunteers to Mars.

Through an act of sabotage, the cannon is fired during the World's Columbian Exposition with several dozen famous people and leaders of the time on board. A second cannon is prepared to find and recover the people in the first, who are now stranded on Mars. It turns out that Mars had an extensive civilization based on plants. Mars has cities and canals, although the civilization is in ruins. What in fact happened was that after massive soil poisoning, the original Martians had gone into dreamspace to preserve themselves.

The humans using the Dream Machine found themselves trapped in dreamspace, while the Martians took over their bodies. A large part of the game is spent visiting various people's nightmares and clearing them up. Eventually, robotic bodies can be created for the Martians, since their plantamal bodies won't grow. After a showdown with the evil Raxachk, who caused the soil pollution in the first place, the survivors return to Earth.

The Ultima VI engine is used for the game, with only small enhancements and longer cutscenes, again made possible by the Origin FX-Engine (this time with an intro specially made for the game).

Martian Dreams was made only for the IBM PC. No known ports were made.

There are no known upgrades or expansions available for Martian Dreams. 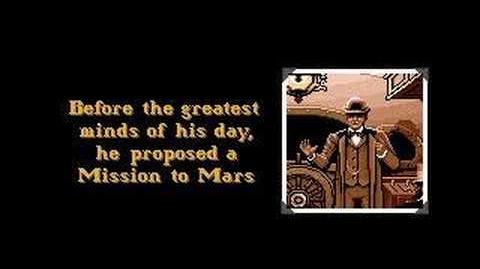