Valor is one of the Eight Virtues.

Valor, founded on the principle of Courage, is the courage to take actions in support of one's convictions. The courage to uphold virtue, even in the face of a physical or psychological threat. The towne of Jhelom provides food and lodging to its fighters and students of Valor.

The Shrine of Valor is situated on a island south of Jhelom. 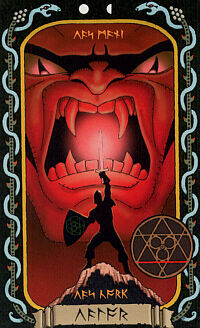 During Blackthorn's tyranny, Valor was turned into a law: "Thou shalt fight to the death if challenged, or thou shalt be banished as a coward."

Valor through the Ages[]

Meditating at the Shrine of Valor will give these insights;

"'Tis now thy sacred Quest to go unto the Codex and learn the failing of a life without Valor!"

Valor is the courage to take actions in support of one's convictions.

Valor is the courage to uphold virtue, even in the face of a physical or psychological threat.

Valor is the cloak that protects the other seven virtues. Valor gathers selfish Courage and shares it with the beliefs that one holds and protects. Valor is tested again and again, and through it, one sees the portal to virtue. To demand valor of oneself is to lead the way for others to find it in their hearts.