Ultima Forever: Quest for the Avatar

Ultima Forever: Quest for the Avatar (commonly just referred to as Ultima Forever) is the latest game in the Ultima game series. It is currently in development at BioWare Mythic. It is slated to release sometime "later this year" according to Paul Barnett, creative director at BioWare Mythic. It will be available free-to-play on iPad and PC, with cross-platform play.

The game will be a reimagining of Ultima IV: Quest of the Avatar, but using modern technology and concepts. Players will have the option of two classes, a Fighter or a Mage. When playing, players will be connected to servers, and can then create small groups with friends. The game can also be played entirely solo. The game is said to be able to play entirely for free, but ways to speed up parts of the game will be available via microtransaction. 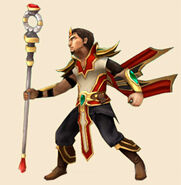 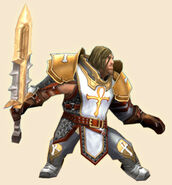