The Temple of Emotion, belonging to Chaos is one of the six temples sacred to the forces that form Order, Chaos and Balance. Situated near Skullcrusher, the Temple of Emotion has to be prepared properly before anyone is allowed to drink from the Water of Emotion.

The Avatar had to get the water in Ultima VII Part Two to create a fitting Soul Prism for the Insanity Bane. After freeing the spirit of the girl Sriash, the Avatar placed the four lodestones on the pedestals around the fountain to activate it.

The Temple also contained the Moon's Eye which allowed the Avatar to first see Batlin preparing to open the Wall of Lights and later the whereabouts of Insanity Bane. 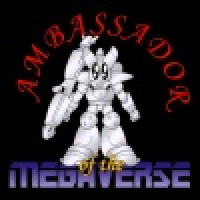