The Intro of Ultima VII Part Two originally was quite a bit different. It was created as a rendered movie, something unusual at the time. However, it turned out that the eight megabytes needed for this intro (ridiculous little data by today's standards) were far too much for a game sold on floppy disks, so Origin had to alter the intro to save space.

The differences are mainly two:

Denis Loubet made the original animation available in 1998, however without sound or the face of the Guardian (which was created later for lip-synch). The complete intro with all the elements put together can be seen below. 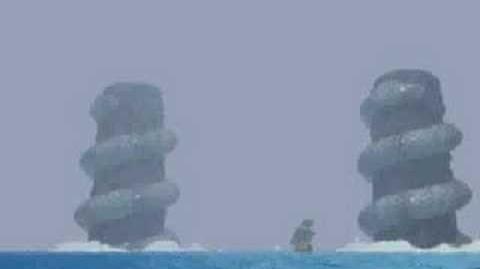 Due to the changes to decrease the video size an icy region is shown in the final intro even though a polar region is never seen in Britannia.

The raw animation from Denis Loubet

Retrieved from "https://ultima.fandom.com/wiki/Original_Serpent_Isle_Intro?oldid=61134"
Community content is available under CC-BY-SA unless otherwise noted.