The Origin FX Sound and Graphics System is an engine that was used by Origin to implement cut-scenes (also the intro and endgame) into their games.

The engine was originally developed for Wing Commander to handle the cut-scenes for the game. The logo for it was extravagant for its time: Right at the beginning of the game, there is an orchestra in space with Earth as the background, then the orchestra starts the music and the picture scrolls to the star-filled sky to show the Origin-FX logo and fireworks burst around it.

The engine, together with the logo, is also used for Wing Commander 2, Savage Empire and Martian Dreams. The intro was modified for Martian Dreams, to show Mars instead of Earth in the background of the orchestra. The engine was very useful in the Worlds of Ultima series to implement cut-scenes into the Ultima VI engine, which originally hadn't had the ability to do that.

After Serpent Isle, the engine wasn't used any longer. 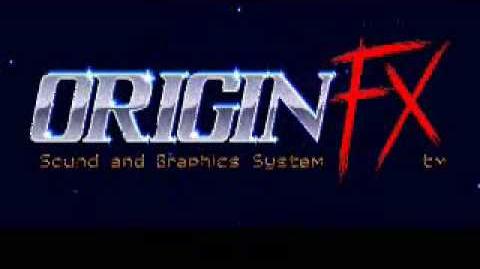 The Origin-FX Intro.
Community content is available under CC-BY-SA unless otherwise noted.
Advertisement