Killing Lord British has become an accomplishment in itself over the years. Richard Garriott had something against the players trying to assassinate his character Lord British. At first Garriott made this task extremely difficult, but program oversights still made it possible. Later, the whole thing was seen as more humorous. Therefore, here now are the known ways to kill Lord British in the games:

When killed, Lord British will leave his will and testament in which he bequeaths his belongings to Nell, and the crown to their unborn child. He comments on how Nell has kept him warm so many nights. 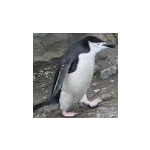