The Black Sword, less frequently known as "the Shade Blade" or "Blackrock Sword" (or "B.R. sword"), is found in Forge of Virtue. The Black Sword is the most powerful magical weapon in the game.

The Black Sword is an enchanted two-handed sword. Its blade is metal, but the hilt is made of blackrock, a physically unmalleable material. Blackrock is not very easy to shape, therefore powerful magical enhancements are required to make the weapon properly cut and balanced. The most important of these is a magical soul gem embedded in the hilt.

In Ultima VII, the Black Sword is magically bound to the Avatar, and cannot be unequipped. When the sword is activated in the game by double-clicking it, the Avatar is able to converse with the daemon Arcadion, who is able to either instantly and noiselessly kill a creature, fill up the Avatar's mana, create a fire field or teleport the party to the Isle of Fire. Arcadion can kill creatures that are very powerful, but refuses to kill creatures that are far too easy to kill by conventional means. Some creatures, like liches and stone harpies, he can't kill. Using the Black Sword is one of the few non-easter egg ways to kill Lord British. Killing Batlin with it is not possible, however.

According to Vetron's Guide to Weapons and Armour, the The Black Sword's effectiveness rating is "unknown."

The Avatar obtains the sword in Forge of Virtue

When the Avatar arrived on the Isle of Fire, three tests awaited: the tests of Truth, Love, and Courage.

The final test of Courage was most difficult, since in order to finish it, the Avatar had to kill the red dragon Dracothraxus, who was practically invincible due to her ability to reincarnate. However, after killing the dragon, the Avatar was offered the chance to retrieve a stolen magical gem from the dragon's maw. While the dragon still lived, the Avatar had to find the courage to reach between her fangs and recover the Ether Gem.

In the Isle of Fire fortress, the Avatar had met Erethian, an apparently blind man who had come to the island to research many of the papers dating back to the era of Exodus. There, he also met a daemon called Arcadion, trapped in a mirror and bound to serve Erethian. Using the gem, the Avatar shattered the mirror, but instead of freeing Arcadion as the daemon had intended, he was only transferred to the gem just as Erethian had warned.

Erethian proceeded to help the Avatar by letting him finish a magical weapon he had never finished himself, a sword made partially out of blackrock. Erethian made the blackrock hilt, while the Avatar forged the blade. It was then found out that the sword needed the soul gem to be properly balanced. Arcadion, since he was now bound to serve the Avatar, volunteered for that.

The Avatar then returned to the Test of Courage and fought Dracothraxus a second time, defeating her with Arcadion's Death Magic.

Separation and reunion in Serpent Isle

Why the Black Sword didn't appear in Ultima Underworld II isn't clear. In Ultima VII Part Two, the Avatar and the sword became separated due to the Teleport Storms that ravaged the Serpent Isle. When the Avatar finally found the sword again, Arcadion had already grown quite rebellious. Finally, in exchange for his freedom, Arcadion agreed to help the Avatar one last time by killing the mad mage Lorthondo in the Mountains of Freedom.

Without Arcadion balancing the sword, it became far less potent. The Avatar had to fix it using a Flux Analyzer, since the sword was the only weapon capable of imprisoning the Banes of Chaos so they could be transferred to Soul Prisms.

The ultimate fate of the sword was not discussed in the last two parts of the game series. It is clear that the sword itself either remained in the Serpent Isle, or vanished with the Avatar to the Ethereal Void in the end of Ultima VII Part Two. When looking at the file that contains all the text of Ultima VIII though, you can see a conversation between the Avatar and the blacksmith on Pagan about constructing a sword made of Blackrock. It is not possible to discuss this with the blacksmith in the game, but it might mean that the original plan was to include it either in the main game or the add-on that never got released, The Lost Vale.

Arcadion's later whereabouts are unknown. In Ultima VIII, The Avatar did meet Arcadion one more time, on the world of Pagan. However the daemon claimed not to recognize the Avatar, nor did it remember anything about being trapped in a sword. It seems likely that the Arcadion the Avatar met on Pagan was the daemon before he was trapped by Erethian. This is possible due to the fact that time supposedly moved at different paces between worlds. This explains why the Avatar is always young when travelling between many worlds quite often while the natives are always different. It also explains why the Avatar's friends such as Dupre, Lord British, and Iolo all seem to live for such a long time. 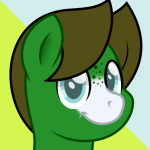